The Painting of the Annunciation 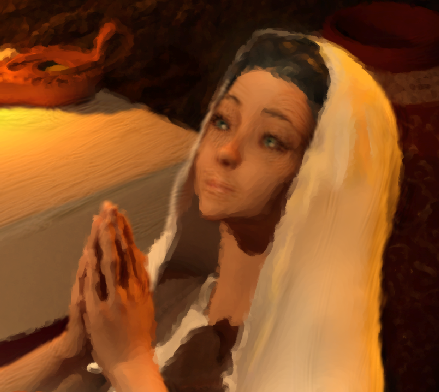 Allow me to share a few study’s that brought about the painting of the Annunciation over the last five years.

When you think of Jesus as not only divine but also fully human you realize that this means he had a human mother. Not just any woman but a virgin is chosen by God who was in God’s favor or in other words filled with the Grace of God. This moment when God became flesh is known in the Catholic Church as the Annunciation.

Luke 2: 26 The angel Gabriel was sent from God to a town of Galilee called Nazareth to a virgin betrothed to a man named Joseph, of the house of David, and the virgin’s name was Mary.”

So, this young woman named Mary lived in a town named Nazareth in Israel over 2000 years ago. You can go there as I did and ponder the foundation of Mary’s home for yourself.   This is a diagram of how the Basilica of Annunciation is built over the foundation. 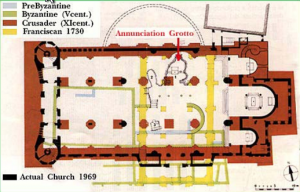 Here is a picture of how it would have appeared two thousand years ago.

The foundation built around a natural grotto it is all that remains of the original house.

Tradition tells us that out of protection from attacks on Christian historical sites the original walls were miraculously transported first to Croatia then Loreto Italy.

You can also go and study these walls, as I did, and see the bricks and room shown as the backdrop to the Painting. 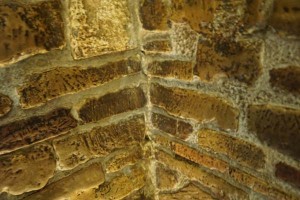 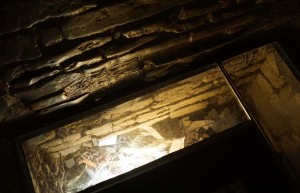 What did Mary the Mother of God look like?

We cannot say for sure, but we do know a few things about her through tradition and lifelong visions from Blessed Ann Catherine Emmerich and Venerable Mary of Agreda.

“There she put on a long, white, woolen garment, such as it was customary to wear during prayer, a girdle round her waist, and a yellowish-white veil over her head. Mary drew out a little, low table, and spread upon it a red and then a white, cover.  A small, round cushion before it and, resting both hands on the leaf, she gently sank on her knees, The floor was carpeted. I saw her praying for a long time with intense fervor. And now she glanced to the right and beheld a radiant youth with flowing, yellow hair. It was the archangel, Gabriel. His feet did not touch the ground. In an oblique line and surrounded by an effulgence of light and glory, he came floating down to Mary. The lamp grew dim, for the whole room was lighted up by the glory.“ 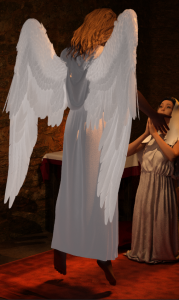 Although we don’t know exactly how the Blessed Virgin looked in real life she always appears as a beautiful woman for that culture (to that culture).

We do know from the two visionaries that she was approximately 14 years old, tall, and slender for a beautiful young Jewish girl. She had dark hair and blue eyes.

For the model, I used the image painted of Our Lady of Medjugorje as an adult woman and through software transformed her face into a young 14-year-old adolescent with the same features. 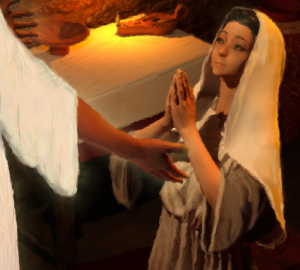 Luke 2:34 But Mary said to the angel, “How can this be, since I have no relations with a man?”[l] 35 And the angel said to her in reply, “The Holy Spirit will come upon you, and the power of the Most High will overshadow you. Therefore the child to be born will be called holy, the Son of God. 36 And behold, Elizabeth, your relative, has also conceived[m] a son in her old age, and this is the sixth month for her who was called barren; 37 for nothing will be impossible for God.” 38 Mary said, “Behold, I am the handmaid of the Lord. May it be done to me according to your word.” Then the angel departed from her.

After 5 years of studying as much detail as I could about this momentous event in mankind, I built 3D models of the scene to create the most advantageous 2D angle of the scene. Once satisfied with that scene I used it as the model to digitally paint the picture with Wacom digital paintbrushes and Corel Painter software.

This completes the second painting of the five scenes depicted in the Joyful Mysteries of the Rosary. 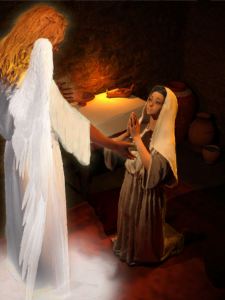 Link to a larger image.

A Link to the full story about the house.

Timeline of Jesus from Conception to Baptism. 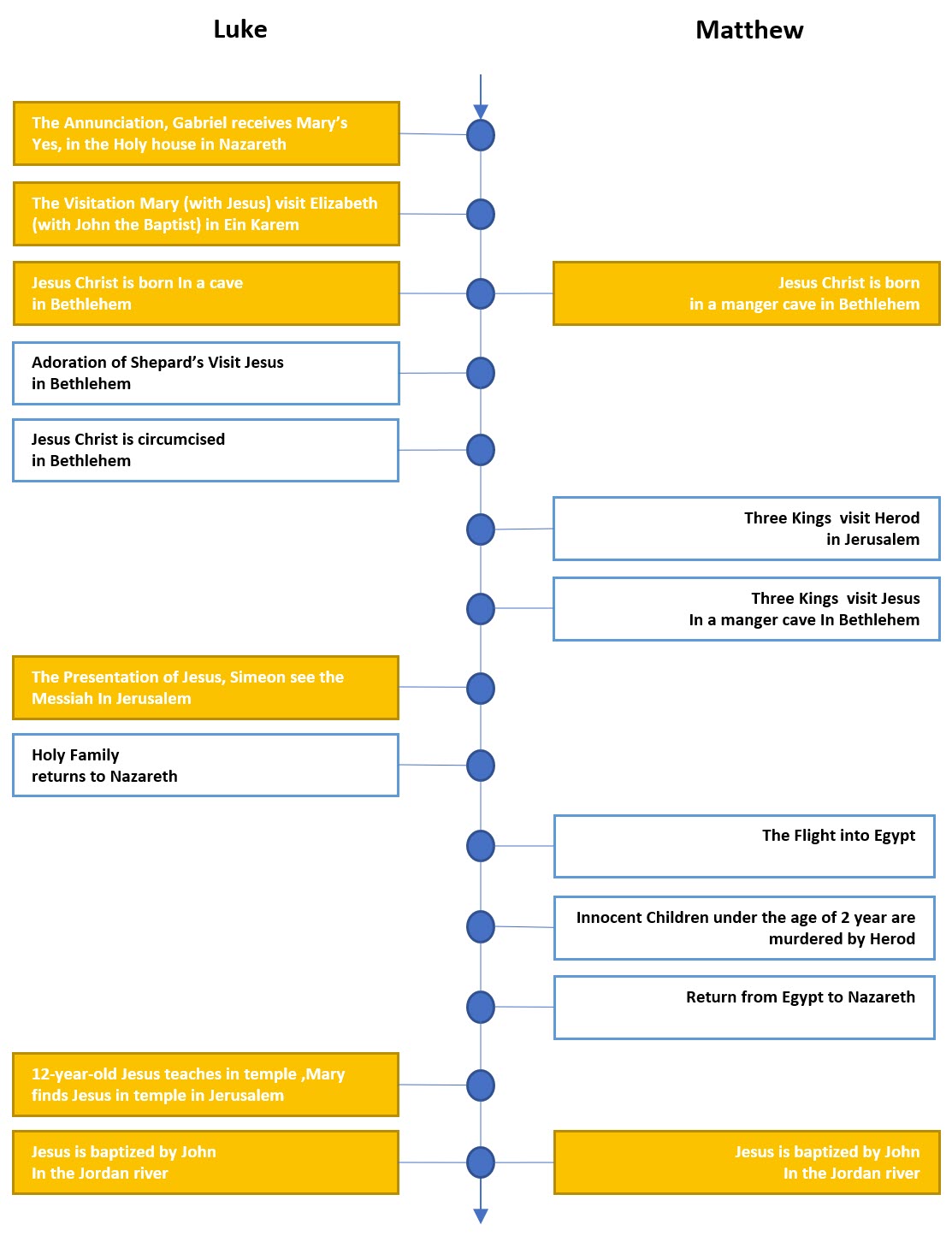