Miracle of the Sun (Fatima) 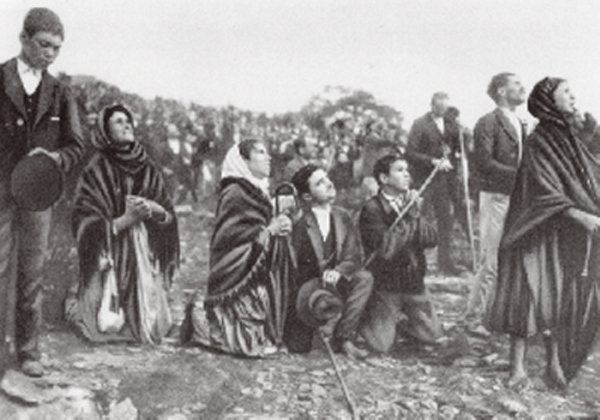 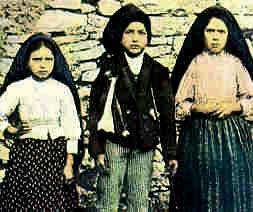 Miracle of the Sun

In July Our Lady had promised a miracle for the final apparition, on October 13, so that all would believe. What transpired became known as “Miracle of the Sun”. A crowd believed to be approximately 70,000 in number including newspaper reporters and photographers, gathered at the Cova da Iria. The rain had finally ceased and a thin layer of clouds cloaked the silver disc of the sun such that it could be looked upon without hurting one’s eyes. Lúcia called out to the crowd to look at the sun. Sometime while Lucia was pointing towards the sun and seeing various religious figures in the sky, the sun appeared to change colors and rotate, like a fire wheel. For some, the sun appeared to fall from the sky before retreating, for others, it zig-zagged. The phenomenon was witnessed by most in the crowd as well as people many miles away. 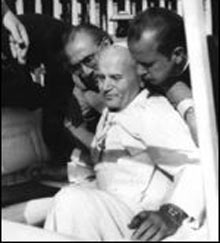 Cardinal Angelo Sodano, the Vatican secretary of state said that after the Pope was injured by Turkish gunman, Mehmet Ali Agca, “it appeared evident to his Holiness that it was a motherly hand which guided the bullet’s path, enabling the dying Pope to halt at the threshold of death”. The Pontiff was convinced the Madonna of Fatima diverted bullets fired by a professional killer so that they would miss his vital organs. Our Lady of Fatima’s crown contains the bullet fired by Agca. Itwas placed there by the Pope himself.

Vatican Offical Stement on the Message

The Call of Fatima Movie

Full Story of the Apparitions