A Visit to “Mary The Mother of God’s House” 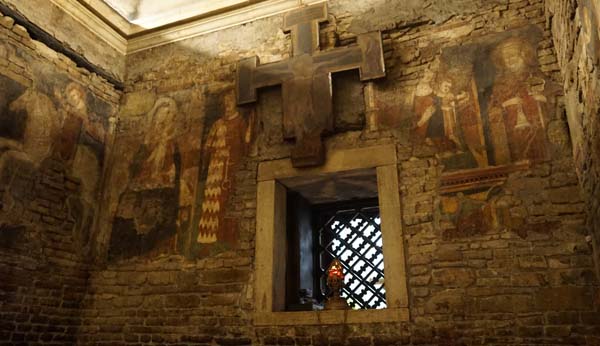 In 2014, we visited “Mary the Mother of God’s House” in Loreto, Italy. It is a shrine that is allegedly the original dwelling where Mary was conceived, born and raised; the home of Jesus’  grandparents, Anne and Joachim and most importantly the house that the Annunciation of Gabriel occurred and God became incarnate.

In its 2000 year history, amazing events have been connected to this place. It is said that this dwelling has been moved four times by supernatural means for the purpose of protecting it. 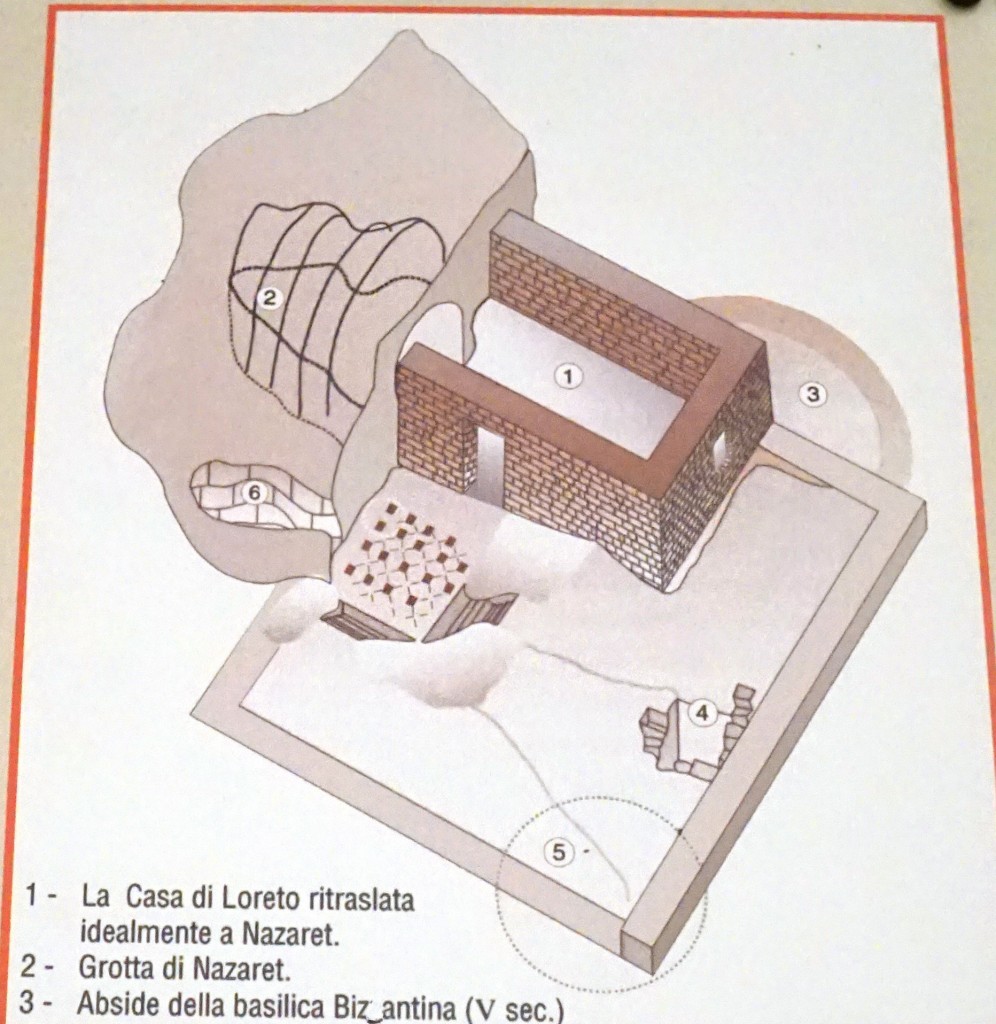 It is thought to have been originally built in the city of Nazareth. The house currently has only three walls because research suggests that the fourth wall was made up of the stone grotto found under the Basilica of the Annunciation in Nazareth.  Therefore, the remaining house consisted of three 16″ thick brick walls and was 31.25′ long by 13.4′ wide with is a single 7.4’.5″ door and one window.

Why do many believe this is Mary’s home and how did it come to be in Loreto?

The answer to that question is a tale of history, mysteries and miracles.

Note:  In the early years of the 13th century St. Francis of Assisi established a monastery at Sirolo, north of Recanati close to Loreto. To a group of puzzled friars, Francis foretold that before the close of that century, a sanctuary would be built near there that the faithful would come from all over the world to visit. This prophecy proved true when the Holy House of Loreto allegedly appeared on Dec. 10, 1294

At that time, the pastor of the Church of St. George at Tersatto was dismayed by the sudden presence of a strange shrine- like building that had appeared in the midst of his parish. Finding no rational explanation, he prayed for enlightenment. In response to his prayer, The Blessed Virgin Mary appeared to him and confirmed  that this was the Holy House of Nazareth and it was brought here through the Power of God, for its protection, and included an altar that was consecrated by the first Holy Father, St. Peter.

The Governor of the province was a devout man and immediately dispatched his emissaries to Nazareth, and they reported that the Holy House had mysteriously disappeared from that location.

His emissaries reported that the length and breadth of the walls of the dwelling found at Tersatto corresponded exactly with the “Holy House” foundation that was beneath the former Basilica of the Annunciation in Nazareth. In addition, the house found at Tersatto was built of limestone, mortar and cedar wood just as the Holy House was reported to be constructed of, consistent with many dwellings in Nazareth. Notably, cedar wood was commonplace in Nazareth, but almost unobtainable in Dalmatia. 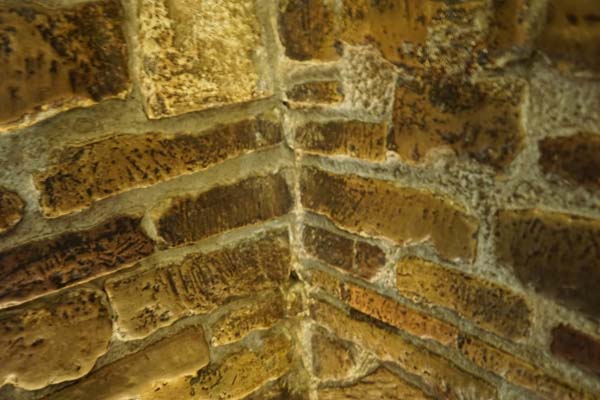 Tradition tells us that shepherds around Tersotto, reported witnessing the house being borne aloft by Angels and carried across the Adriatic Sea. It is well documented that it was at this time reported to have appeared in a wooded area, four miles from Recanati, Italy.

NOTE: Current studies have developed a more rational hypothesis of a rescue by sea and land that seems unlikely to have been successful without special assistance from above. More details can be found at the website for the shrine.

Thousands of people began to make pilgrimages to Loreto.

Unfortunately, the crowds lured bandits to the surrounding forest and it became too dangerous for pilgrims to visit.

The Antici brothers fought over who owned the actual property the shrine was located on. The quarrel led to pilgrims abandoning the site.

The final and current location of “The Holy House of Loreto” is just a few miles away from its original location and very close to the village of Recanati, just as St. Francis had prophesized.

The Recanati representatives were convinced; this was the House of the Holy Family. They returned to Loreto and shared their findings and confirmed the hopes of church and local leadership and the populace that Mary’s home had miraculously been brought to their stewardship by the Will of God.

As St. Francis prophesied, pilgrims came from all over the world to venerate “The Holy House of Loreto”. 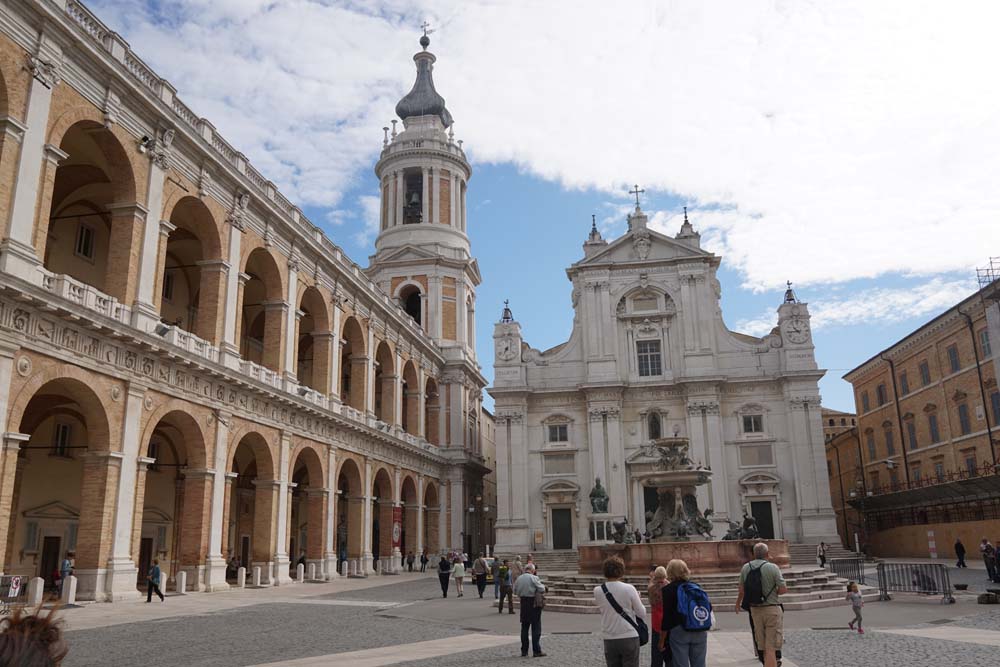 Basilica of the Holy House

Many who have visited this special shrine, whether they were Popes or pilgrims, saints or sinners, have experienced the Holiness of the space, especially in the room purported to be the place of the Annunciation. It is well worth a visit to see for yourself.