Misconceptions About The Catholic Church 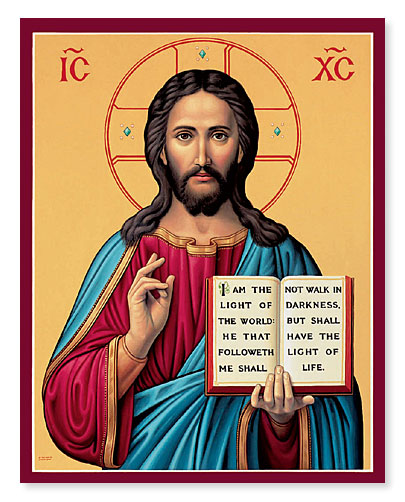 “There are not one hundred people in this world who hate Catholicism, but there are millions who hate what they mistakenly believe Catholicism to be.”

Do Catholics read the Bible?

Catholics do read scriptures from the Bible in every Mass. The Bible has been a major part of the Mass for over 2000 years. The Church compiled the Bible, uses all 46 old testament and 27 new testament books and believes it to be divinely inspired and without error. The Catholic Church says “ignorance of Scripture is ignorance of Christ.”(Catechism 133)

Do Catholics believe that Scripture is the only infallible rule for faith?

No. Nowhere in the Bible does it say the Bible alone is the only authority. The Bible does say when Jesus founded the Church that He gave it all authority.(Mat 16:18). Jesus did not write a Bible. He established a Church.

It was approximately 50-100 years before the first four books of the New Testament were written down. It was not until 367 A.D that the complete list of books that we use today was cataloged and the Bible was not fixed definitively until the Council of Trent in 1545-1563.

Devotion to the saints comes back to the image idea: Christ is God’s image; the saints are Christ’s image. We honor them because we desire to imitate them. We pray to them the same as we call upon earthly friends to do a favor for us. This too is scriptural. In Acts, we read of Peter and John going up to the Temple for prayer and encountering a beggar. Peter says to him, “I have neither silver nor gold, but what I do have I give you: in the name of Jesus Christ the Nazorean, rise and walk” (Acts 3:6). Peter makes it clear that he has the power of Christ in his possession. To be sure, it is Jesus who heals, but Peter holds the right to extend that power. The same can be said of Paul. In Acts 19:11-12 we read, “So extraordinary were the mighty deeds God accomplished at the hands of Paul that when face cloths or aprons that touched his skin were applied to the sick, their diseases left them and the evil spirits came out of them.” These texts are the basis of the Catholic practice of asking saints to help us, of honoring (not worshiping) the bodies and relics of saints.

The Communion of Saints is the belief where all saints are intimately related in the Body of Christ, a family. When you die and go to heaven, you do not leave this family. Everyone in heaven or on their way to heaven are saints, you, me, my deceased grandmother, Mary the mother of Jesus, Mother Teresa, and Pope John Paul II. As part of this family, you may ask your family and friends living here on earth to pray for you. Or, you may also ask the Blessed Virgin Mary, Saint Andrew, or your deceased grandmother living in heaven to pray for you. Prayer to saints in heaven is simple communication, not worship. Asking others to pray for you whether your loved ones on Earth or your loved ones in heaven is always optional. Catholics share the belief in the Communion of Saints with many other Christians, including the Eastern Orthodox, Anglican, Episcopal, and Methodist Churches.

Can the Saints Hear Us?

Why do Catholics Ask Saints (Mary) to Intercede?

The Bible says “there is one God, and one mediator also between God and men, the man, Christ Jesus, who gave Himself as a ransom for all, the testimony borne at the proper time

From Pope John Paul II’s 1987 encyclical, Mother of the Redeemer  paragraph 38 of that chapter is as follows:

The maternal role of Mary toward people in no way obscures or diminishes the unique mediation of Christ, but rather shows its power [Vatican II Constitution on the Church, # 60]: it is mediation in Christ.

The practice of invoking saintly people for their intercession before God in union with Jesus has roots in sacred Scripture. In this regard, Matthew 18:19-20 refers to saints on earth, and Revelation 18:20 refers to saints in heaven. In the early centuries of the Church, respect and prayers were offered to those martyred for Christ. The practice derives from the doctrine that the saints are united with Jesus in one mystical body (Rm 12:5).

Asking one person to pray for you in no way violates Christ’s mediatorship, as can be seen from considering the way in which Christ is a mediator. First, Christ is a unique mediator between man and God because he is the only person who is both God and man. He is the only bridge between the two, the only God-man. But that role as mediator is not compromised in the least by what room

The intercession of fellow Christians—which is what the saints in heaven are—also clearly does not interfere with Christ’s unique mediatorship because in the four verses immediately preceding 1 Timothy 2:5, Paul says that Christians should intercede: “First of all, then, I urge that supplications, prayers, intercessions, and thanksgivings be made for all men, for kings and all who are in high positions, that we may lead a quiet and peaceable life, godly and respectful in every way. This is good and pleasing to God our Savior, who desires all men to be saved and to come to the knowledge of the truth” (1 Tim. 2:1–4). Clearly, then, intercessory prayers offered by Christians on behalf of others is something “good and pleasing to God,” not something infringing on Christ’s role as mediator.

Catholics do not pray to Mary as if she were God. Prayer to Mary is the memory of the great mysteries of our faith (Incarnation, Redemption through Christ in the rosary), praise to God for the wonderful things he has done in and through one of his creatures (Hail Mary) and intercession (second half of the Hail Mary). The latter is addressed to Mary not as to a vending machine but a support person helping us to discern the will of God in our lives. Mary is a volunteer, highly recommendable and recommended, but not a mandatory and inescapable passage.

Was Mary the Mother of God?

If Mary is the mother of Jesus, and if Jesus is God, then Mary is the Mother of God. She is not his mother in the sense that she is older than God or the source of her Son’s divinity. She carried in her womb a divine person—Jesus Christ, God “in the flesh” and in the sense that she contributed the genetic matter to the human form God took in Jesus Christ. Women do not give birth to human flesh matter; they give birth to persons. Mary thus carried and gave birth to the person of Jesus Christ, and the person she gave birth to was God. Even Protestant reformers recognized this. Both Martin Luther and John Calvin insisted on Mary’s divine maternity. Furthermore, the “Nestorian” church (who tried to separate Christ’s human nature circa 500 AD) has now signed a joint declaration on Christology with the Catholic Church and recognizes Mary’s divine maternity, just as other Christians do.

Respect of the saints, including Mary, is not worship. Catholics worship God alone. To worship someone is to acknowledge that the one who is worshiped is divine, or God. Sometimes we can confuse acts of reverence for acts of worship. We often judge not as God does, by what is in the heart, but rather by appearances (see John 8:15). Catholics hold saints in high regard because they are such wonderful images of Christ. Paul encourages his readers to be imitators of him: “Be imitators of me, as I am of Christ” (1 Cor 11:1, Phil 3:17). Mary is the first saint, and holds high honor today, as she did in the early Church. The Catholic Church teaching has consistently placed Mary in the company of the saints.

Was Mary without Sin?

Mary was not a sinner she was “full of Grace”. God created Adam, Eve, humans and the angels without sin. A child below the age of reason can’t sin since sinning requires the ability to reason and the ability to intend to sin. There is a very prominent exception to Romans 3:23: Jesus. So if Paul’s statement in Romans 3:23 has exceptions (Adam, Eve, Jesus, Young Children) then one may argue that an exception for Mary.

Mary, whose conception was brought about the normal way, was conceived without original sin. Mary was preserved from these defects by God’s grace; from the first instant of her existence, she was in the state of sanctifying grace and was free from the corrupt nature original sin brings. She was in a state of sanctifying grace from the first moment of her existence. She was therefore redeemed by the grace of Christ, but in a special way—by anticipation. Thus when the angel Gabriel said, “Hail, Mary full of grace, the Lord is with you” (Luke 1:28) he was describing a permanent characteristic of her.

So, is worshiping a statue wrong? Yes.

The Roman Catholic Church teaches that it is wrong, in line with the Sacred Scriptures as it states in Exodus 20:4-5, “You shall not carve idols for yourselves in the shape of anything in the sky above or on the earth below or in the waters beneath the earth; you shall not bow down before them or worship them”.

Is an Image Not an Idol?

When we look upon a statue as we meditate in prayer to God, our senses are illuminated. We are not worshipping the wood, plaster, plastic or paint. The image, though, appeals to our sense of sight, aiding in our visualization and helping us to focus on the pure, consistent and holy life lived by that saint…like the Blessed Virgin Mary, for instance.

Stained glass windows with images can work in the same way…but most people don’t seem to have a problem with those, because “they’re just pretty”.