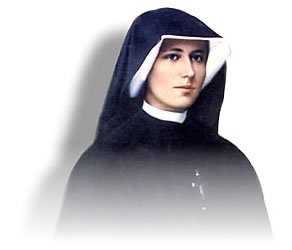 She was born on August 25, 1905 in Glogowiec in Poland of a poor and religious family of peasants, the third of ten children. She was baptized with the name Helena. Called during a vision of the Suffering Christ, on August 1, 1925 she entered the Congregation of the Sisters of Our Lady of Mercy and took the name Sister Maria Faustina. The years she had spent at the convent were filled with extraordinary gifts, such as: revelations, visions, hidden stigmata, participation in the Passion of the Lord, the gift of bilocation, the reading of human souls, the gift of prophecy, or the rare gift of mystical engagement and marriage. The living relationship with God, the Blessed Mother, the Angels, the Saints, the souls in Purgatory — with the entire supernatural world — was as equally real for her as was the world she perceived with her senses.Sister Maria Faustina, consumed by tuberculosis and by innumerable sufferings which she accepted as a voluntary sacrifice for sinners, died in Krakow at the age of just thirty three on October 5, 1938 with a reputation for spiritual maturity and a mystical union with God.

On April 18, 1993 our Holy Father John Paul II raised Sister Faustina to the honors of the altar. St. Maria Faustina’s remains rest at the Sanctuary of the Divine Mercy in Kraków-ºagiewniki.

The mission of St. Faustina consists in 3 tasks:  (She accomplished this through help of her confessor) 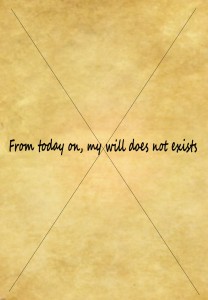 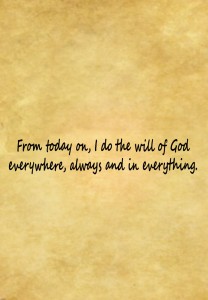