The Big Bang – a BIG Problem 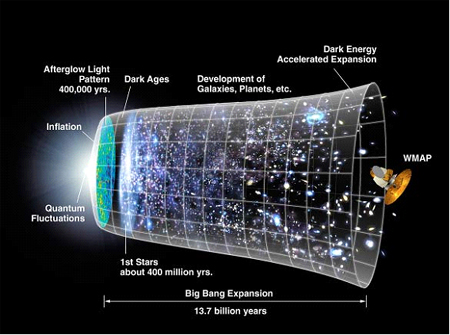 The Big Bang – a BIG problem

The Big Bang presents a big problem for the atheist (at least for those who have really thought about it). The Big Bang has a beginning 13.7 billion years ago and will most likely end as the “Big Crunch” sometime in the future. For atheism to work, the universe must be eternal.

Atheists’ problem – Fine-tuning of the universe

For example, recent supernova evidence has shown that the universe possesses a cosmological constant – a universal “repelling” force that accelerates the stretching of space as objects become further apart from each other. For the universe to contain stars and planets, this constant must be fine-tuned to a level of a part in 10120 Such an extreme level of design is almost incomprehensible. In my discussion with atheists, several have told me that they are comfortable with the idea that such levels of fine-tuning could have occurred by chance in our single universe. Such a proposal is completely illogical, and, in fact, requires more blind faith than to believe that God designed the universe. In fact, to be an atheist, you must believe in the multi-universe theory, not only that, but you must believe that there are more universes in existence than the number of all the subatomic particles that exist in our universe. Don’t believe me? Here is what a recent article from Science says about this hypothetical “multiverse” spinning off an “infinity of other universes:

Uncomfortable with the idea that physical parameters like lambda are simply lucky accidents, some cosmologists, have suggested that there have been an infinity of big bangs going off in a larger “multiverse,” each with different values for these parameters. Only those values that are compatible with life could be observed by beings such as ourselves.

Does scientific evidence exist to support the multi-verse model? None! Not only is there no evidence, but the physics of our own universe also requires that we will never be able to obtain evidence about any other universe (even if it does exist). Therefore, this belief is, and always will be, based solely upon blind faith (sounds like a new religion to me)! Why are some cosmologists “uncomfortable” with the idea that the cosmological constant (lambda) is so finely tuned? Simply because such fine-tuning suggests design. A hypothetical, un-testable complicated model of a super universe is the only alternative to belief in God. Such belief is not based upon science since science requires that hypotheses be testable, but on the “hope” (i.e., belief) that there is no God.

On the other hand, the deist says that God designed the universe with just the right laws of physics. Note that neither hypothesis is testable, but that the God hypothesis is much simpler. The naturalistic explanation requires the presence of a complicated, unproved super universe that has the capacity to randomly spew out an infinite number of universes with different laws of physics. How does this hypothetical super universe know how to do this? Why would it even want to do this? Ultimately, why should there be any universe at all? If we use Occam’s razor, which states that one should use the simplest logical explanation for any phenomenon, we would eliminate the super-universe/multi-universe explanation in favor of the simpler God-designed universe model.

If you are convinced that God exists then click here. to understand God’s Nature.
Otherwise, let’s look at Evolution again.

From courses of the Magis Center Science Reason & Faith