The Five Basic Proofs for the Existence of God 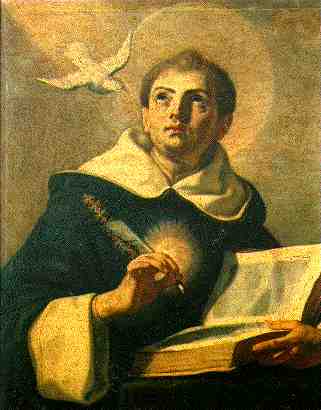 St Thomas Aquinas (1224-1274) Provides us with five basic proofs for the existence of God. Each proof proceeds from an effect to a cause or inductive reasoning. It is important to note that these are not five ways of stating the same argument (as they might appear to be at first glance) but rather each argument is complete in itself

In each proof for the existence of God the starting point is different; therefore, they highlight different predicates or qualities of the Being whose existence they prove. From these different starting points we can conclude that there exists a Being Who is the Prime; 1) Mover 2) the First Efficient Cause, 3) the Necessarily Existent, 4) the Source of all Perfection and 5) the Supreme Intelligence. This Being is appropriately called God. These arguments presuppose a number of philosophical truths.

The first proof for the existence of God is the proof from motion. We can 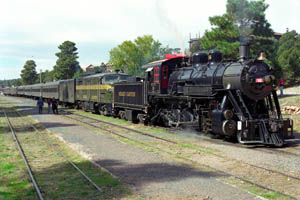 observe in the world that there are things that move, from this it can be concluded that there must be a First Mover. There are hundreds of examples of objects moving around us — a plane in flight, a yacht sailing, the planets moving through space — no one can reasonably dispute the fact that there are things in motion. In philosophy; however, motion does not just apply to an object’s movement from one place to another. In philosophy, and in particular metaphysics, a thing is said to be in motion when it is gaining or acquiring something which it does not have. When a person acquires knowledge, a plant grows or a piece of wood becomes alight they are said to be in motion. Another example of this is the growth of an acorn to an oak tree — it does not move to another place but its growth in height and size is an example of motion. In all of these instances the object was in the process of acquiring a perfection which it did not have and therefore it was said to be in motion. A thing cannot be in motion and at the same time be at rest, this breaks the law of non-contradiction and is therefore impossible. When an object begins to move it is no longer at rest; when it comes to rest it is no longer in motion (rest is an absence of motion). Now if an object is at rest, how does it acquire motion? It cannot give itself motion because it does not have motion and you cannot give what you do not have. Therefore, it can only receive motion from an object that is already in motion. A is an object at rest. If A is to move it must receive motion from B. If B, which now gives motion to A, was also at rest at one time, then it received its motion from C; C received it from D, and so on until the beginning of the series. There must be a beginning to the series (a First Mover) because if there was no first mover, there would be no second mover or third mover and so on. In laypersons terms “something must have started the ball rolling!” St Thomas Aquinas concludes that “it is necessary to arrive at a first mover which is set in motion by no other; and this everyone understands to be God.” It is at this point you may object and ask the question, “If everything is put into motion by something else, then who put God into motion?” The philosopher would respond that God is not a being who has being – God is being. God alone must exist. There are two concepts we need to consider the concepts of essence and existence. People have essence (in essence I am a person) but they do not necessarily exist, To exist is God’s essence. God is being itself We have being, but God is being! Imagine watching a train pass by. We see carriage after carriage pass, each one linked to the previous one and therefore being pulled along, Now we would all presume that there must be something at the front of the train that is responsible for its movement, perhaps an engine. You may ask the following question, “what is giving the engine motion?” to which one would respond, “nothing, it is the engine which is responsible for the motion.” If the engine did not move the first carriage would not move, nor the second and so on. So too with the argument from motion, nothing put God into motion as God is like the engine and therefore is responsible for the motion.

THERE MUST BE A FIRST CAUSE

There are two analogies that can be used to illustrate the point that there must have been a First Cause or a beginning. The first is the age-old question, ‘Which came first, the chicken or the egg?’ People know that there must have been a beginning, either a chicken came first or an egg did. If a chicken came first then it must have hatched from an egg in which case there must have been a chicken to lay that egg. If an egg came first then there must have been a chicken to lay that egg, but that chicken must also have come from an egg! In other words you cannot have an infinite regress of cause and effect. The second analogy is that of the hammer which must pass through an infinite number of points before it strikes the nail. Will the hammer ever reach the nail? The answer is of course ‘no”. So too if we have an infinite series of causes there would be no “now” because we would never have reached this point in time. Since logic tells us that the series of causes must have had a beginning it also tells us that this series must have been started by a Being Who owes His power to bring about such an effect to no one. He always possessed this power and He is the First Efficient Cause. This everyone calls God, You might ask, “Who caused God?” The analogy of the infinitely long train is a sufficient answer.

The third proof for the existence of God begins with the observation that there are things in the world that exist but do not have to exist, that is they are generated and will corrupt. They are called contingent beings because they are contingent on other things for their existence. People are examples of contingent beings. (The opposite of contingent existence is necessary existence. When something exists “necessarily” it has to exist and it would be impossible for it to be otherwise). A contingent being, at some time does not exist, and whilst it might exist now, eventually there will come a time when it will no longer exist. A contingent being cannot attribute its present existence to itself or in order to do so it would need to be prior to itself and this is logically impossible. Now if the universe consists of beings and objects (planets, stars etc. that at one time did not exist then clearly at some point in time there was nothing. “Something” cannot come out of “nothing” and therefore, there must be a Being that exists necessarily that has always existed and to whom all contingent beings in the universe are dependent upon.

In the observable world we see things that possess perfection. We see things that are beautiful, good, true, living and so on. These objects possess varying degrees of perfection, for example an animal has a higher degree of life than a plant; a human being has a higher degree of life than an animal. The fact that we have an understanding of goodness, truth, justice, nobility proves that we at least subconsciously must have a measure by which we judge these objects. We say that something is beautiful in as much as it resembles beauty, we say that something is truthful in as much as it resembles truth moreover, we find ourselves drawn to that which is beautiful, true, noble. Is this mere chance or is it part of how we are designed? Now things which are dissimilar in nature but share something which is similar will have a common origin for that which is similar, furthermore the cause of the similarity must be distinct from the objects in question. (This is the principle on which the evolutionary argument from homology is based – the argument that the similarity in structure of the forelimb of mammals is to be accounted for by their descent from a common ancestor. We may not accept evolutionary conclusion but the principle is sound). We can conclude that we all have a common understanding that there exists things that are good and that have varying degrees of perfection. Therefore, something exists that we unconsciously judge these things as being good, perfect and true against. The fact that there exists varying degrees of perfection that are to be found in objects which are dissimilar, namely plants, animals, humans and so on points towards a common origin of that perfection. In addition this origin of perfection must be absolute in its goodness because one cannot measure goodness unless it is against an absolute standard. This being, which is absolute in its perfection and the source of all that is good, is appropriately called God. 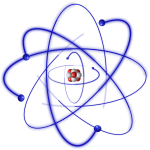 The fifth and final way begins with the premise that order exists within the universe and that there appears to be an element of design in all things. We also see that there are many things in the world which exist for a definite reason; we have eyes to see and ears to hear; fish have gills to breathe and birds have wings to fly. In each of these objects the parts have been fitted together in order to achieve the desired result, if these parts were arranged in any other way they would not work. Furthermore, these parts are themselves devoid of intelligence but as design implies intelligence they cannot be the cause of this intelligence; therefore, the cause must be separate. If this intelligent cause is ordained to an end distinct from itself the ordering will have to be done by another intelligent cause and as we cannot go on indefinitely in a series of causes there must be an intelligent cause which is an end unto itself This being we call God. An analogy which is often useful in illustrating the fifth way is to be found in William Paley’s The Analogy of/he Watch or the teleological argument: A man is walking along the beach and comes across a stone. He could quite naturally believe that it had always been there if he was asked of its origin. Suppose this same man, whilst walking along the beach, discovered a watch, it would indeed seem unlikely that he could say that it had always been there. But why? How is it that one answer that seems sufficient for one object should be insufficient for another? The answer is that when one inspects the watch they discover things that are not evident with regards to the stone – several parts, namely wheels and cogs, are moving inside the watch so as to point to the time at any hour of the day. When we have observed the complex mechanisms that are to be found in a watch we arrive at the conclusion that this watch must have been designed and design implies intelligence. We see in the universe this same element of design and order, in fact with regards to the cosmos there requires a greater need for a designer as the universe is much more complex than a watch.

If you are convinced that  God exists then click here. to understand God’s Nature.
Otherwise, there are many other examples below.