Truth is NOT the popular consensus, “true for you but not true for me” or even what can only be proved by reason. For some, the first stumbling  block to knowing God Exists, is a lack of knowledge with regards to “The Truth.”

to  peace in your life is to realize that  God Exists. For some whom only believe in “reasoning” of scientific studies, it  is hard to accept “Truths” that cannot absolutely be proven though human  reason. It is necessary to understand that there is more to truth than  what is in the human mind. 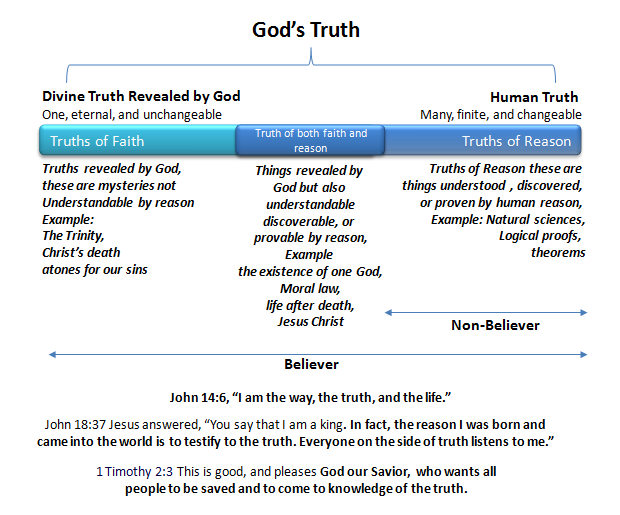 Thomas  Aquinas affirms that one can say something  about truth: that it does in fact exist, and moreover exists eternally. He  calls this truth divine truth. Aquinas “refers the whole eternity of  truth to the divine mind.”

There are  two realms of truth:

A thing is  said to be true because its existence depends on either the divine mind or the  human mind. Everything is ultimately true in relation to the divine intellect.

If you are willing to accept this truth that cannot be  explained by humans you are ready to take your first “Faithful” step. Does God Exist?