If you have no desire to learn about the mystery of life and death, the purpose of life, or how to live the fullness of life then read no further.

If you have a heartfelt desire to learn about your fate please read on.

Click on this diagram comparing God Truth to man’s truth. 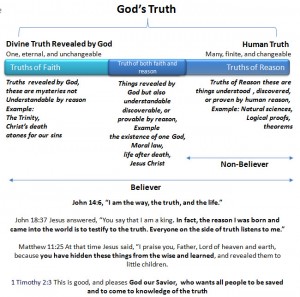 Man discovers the truth by reason because God revealed it to him. Said another way, Revelation and Reason are parts of God’s truth.

However Human truth can change over time.

Just in your lifetime, for example, we used to think there were nine planets. Now we say there’s eight with four dwarf planets.

There are Truths that have been revealed by God that can be understood by human reason.

For example moral laws or even that God exists.

But there are even Truth’s revealed by God that cannot be understood by human reason.

For an example of the Holy Trinity or that Christ died for our sins.

Understanding all these Truths is what separates a believer from a non-believer.

If you can accept that truth can be beyond just human reason, then you’re ready for the next step. 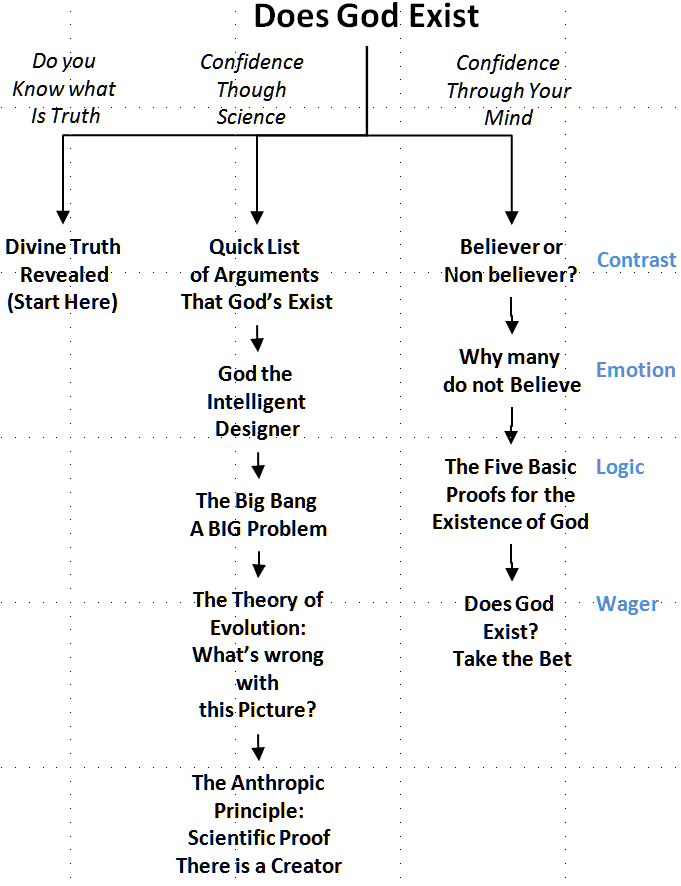 The Truth It is not an opinion, view, belief, consensus, majority, theory or philosophy. Our opinion does not matter. Only our choice about the truth matters.